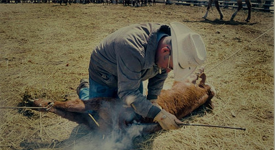 A big aid to the success of any online business is those customers paying attention to the site and its messages, including e-mail and newsletters. People who are following your progress on a regular basis are receiving more exposure to your product, and are more likely in the end to purchase the services or item you’re selling than someone who just chances across your site. Thus, one of the many metrics set by businesses is a high number of followers they can reach via such contact methods.

As is often the case however, the numbers alone don’t tell the whole story. Simply buying a list of e-mail contacts and sending them a message every three days does not count as having a large audience. That’s just spam, and the opinion of spam on the web is rather well known.

Thus there is an increasing focus on the opt-in method of list building. By means of enticements, the distributor gets interested parties to voluntarily sign up for the service. Once this has been accomplished, it can be reasonably assumed that the party is interested in continuing the service over the long term. This means the message is more likely to be put in front of people that want to see it and are most likely to respond to it.

Of course, different strategies produce different results, and not everyone responds to the same methods. Here is a handful of opt-in methods that can be employed to begin building that list.

This is one of the more controversial options, because it’s one of the catch phrases of the anti-advertising mentality that grows on the web. People hate pop ups, the perception says. However, research suggests that pop ups still are some of the most profitable ways to generate clicks on sites.

There are several ways to approach the pop up option that will minimize the intrusion. Some mimic a toolbar that slides in from one side of the page, for example. Others will appear for a brief period, then recede if not used. The trick is to make it interesting enough to catch the eye, but not so obtrusive as to appear irritating or forced. Do avoid bright, flashing primary colors and strings of exclamation points.

This is a different take on the pop up methodology. The idea behind a pop up is that when it appears, it catches the eye and is hard to ignore. On the other hand, they’re irritating when they interrupt something a user is reading or watching. However, if a video or article has an embedded link that asks if the visitor would like to know more, that link can be tied to a pop up. This script can then show up and since it’s tied to one of their actions, it’s less likely to get an irritated or rejecting response.

People feel better about giving out their information for a mailing list if they feel they’ve been rewarded for it. Therefore, entice them into opting in by offering them a gift related to your service. If, for example, your brand is a publisher of ebooks, offer them one of your older titles as an incentive. If your brand specializes in small, casual web games, consider offering one such game for free, or at least a free trial. The visitor perceives an immediate benefit, and is likely to sign up as a result.

As a side note, some free gifts can take the form of contests for prizes. If you are going to go this route, make sure that the prize genuinely is winnable, is worth the winning and that you announce the winner, provided, of course, that you have their consent. Contests are increasingly seen as false options by many viewers, and the only way to circumvent this perception is to make it a genuine item that people can win, rather than a crass deception.

This is a page, based on text or video, that stops the process of giving information and lets the visitor know that they should sign up in order to get the full degree of information. This makes the preceding pages they have viewed a sort of ‘teaser’ that gets them interested in the material you have to offer, followed by an invitation to continue reading in exchange for some brief contact information.

Video is an increasingly popular option for squeeze pages, because it’s so easy to engage with. You can create a short video presentation explaining the value of the e-mail list, and it will stick in the mind much more than a highlighted checklist made of text.

The simplest methods often become classics, and why? Because they work. Many sites still use the old standby of an unobtrusive simple web form at the end of an article, with spaces for a person’s contact info provided. This has the advantage of being very simple to produce, very easy for the user to fill out, and presents a minimum of interruption compared to pop ups or squeeze pages.